Deborah qualified as a Nutritionist, with a degree in Biochemistry with medical Bioscience 20 years ago. She set up Shaping Wellness in 2004 to be a total wellness coaching practice with a focus on Nutrition and all aspects of wellness, covering physical, mental and environment aspects. As well as helping people prevent lifestyle diseases such as diabetes and obesity, Deborah has particular interest in areas she herself has experienced.

Deborah has struggled with her weight since puberty and always presumed it was something she was doing wrong. Her passionate and devoted search for answers to her own plight lead her into areas such as sleep disturbance, warding off Diabetes, coping with a drug resistant underactive thyroid, Arthritis, Sleep Apnoea, IBS, Fibromyalgia, lymphedema and the final answer, a diagnosis of Lipoedema. Throughout this journey she has personally received a lot of, much needed, help from Hypnosis.

Deborah attended a Control system workshop, where she tackled a snake phobia that was so bad she couldn’t even say the word, let alone write it. The liberating result that was obtained from removing this extreme snake phobia gave Deborah the answer to one element of total wellness that was missing from her practice, so she decided to train as a control practitioner, adding this missing skill to her arsenal.

Deborah wants to focus her Control system practice on lifestyle issues. In particular sleep, as she has extensive experience and knowledge teaching clients about this area, and runs a Life-Skill workshop on sleep. Smoking cessation is also a particular interest for Deborah. She has had great success in that area already, and is on a mission to stop the world from smoking.

"Absolutely amazing experience - never ever even thought for a second that it
would actually work!!!!! So grateful to be given this chance to quite after years
of smoking!!!"

"Although I have been speaking in public for a few years, it has always been a case of stress and dread. The fear of getting a mind block and missing key parts of the script felt insurmountable.  Following the sessions with Deborah I found it easier to hold the information on what I wanted to get across better. More than that, I was excited and looking forward to the speech.  Feeling energised instead of stressed.  After speaking at a large business show, I then topped it off with an opportunity to co host a radio show.  Again this was met with excitement and opportunity, a much better feeling to work with. Thank you for the support and encouragement to make the difference to both my work and my life. Turning stress and anxiety around has been so positive."

"Having attended the control sessions with Deborah, my scepticism on whether this could actually work for me has been changed.  I suffer both physical and emotional symptoms for Stress and Anxiety that stop me achieving all I want in both my business and life in general.  To get an understanding of why, and how with some relatively simple exercises I can remove those debilitating symptoms, has been eye-opening. From being able to deal with Money issues around family, to handling a very deep based and long term assumption that everyone watches my every move for failure, I am now able to cope with and overcome these negative feelings. Even the physical feelings from the Stress are now under control.  I look forward to continuing to progress and build on my new skills, to better handle unnecessary hurdles I am making in my life and my business."

"Deborah has recently worked with me as a control practitioner over three two-hour sessions. I had become used to living with a very negative and critical voice in my head, a voice that is particularly strong first thing in the morning. The focus for my sessions with Deborah was to change that voice: to be able to wake up in the morning and feel good about myself. Although changing this deeply ingrained behaviour seemed like a tall order for three sessions, I tried to keep an open mind, and to allow the opportunity for change to happen. The sessions followed a regular format. During the first part of the session we talked (mostly I talked) broadly about issues relating to the topic in question and engaging the conscious mind, and in the second part, Deborah spoke with my subconscious mind.

The first really positive thing to say is that Deborah is very easy to talk to: very caring, accepting and respectful. I found myself remembering things from my childhood that I haven't thought about in a long time, and becoming acutely aware of how what happens in our childhood stays with us all our lives. Secondly, having up to two hours set aside for each session actually gives you the impression Deborah has all the time in the world just to listen to you. The transition into the second part of the session, into "talking to your subconscious", does not seem driven by time constraints, but seems to fall naturally out of the dialogue. Through the sessions I became acutely aware of the family scripts I have absorbed and retained all these years, and have measured myself against in terms of success
or failure.

When Deborah moved to talking to my subconscious mind, I tried to remain open to her talking to a part of me that I couldn't easily access myself. At some point between the second and third session I woke up one morning, full of self directed negativity as usual, and for the first time, became aware of it in time to intercept it and challenge it. I felt like something had come into my awareness, into my consciousness, that hadn't been there before. I felt empowered to make changes, and to re-write my script.

I believe that two key things need to be in place for therapy to 'work': the client has to be open to it, and to want to change, and the therapist needs to give the ear, time and empathy needed for the client to explore the issues. The tools, to me, are secondary to these factors. I'm not sure how this process has worked, but I also think that it doesn't matter - the point is, it has, and I have Deborah to thank for it." 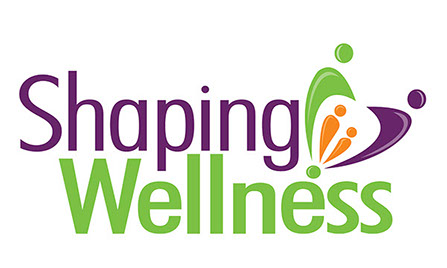